Briefly, the book focuses on the witch Circe, daughter of the Titan Helios. She is different than all the other immortal beings and treated poorly for it. Finding she has more knowledge common with the mortal world, she embraces both humanity and her witchcraft. Threatened by her sorcery, Zeus exiles her to a distant island, and there her adventures really begin.

Upon starting this book I was nervous. Everyone raves about it and my expectations were so high…and the first few chapters kind of…flopped. Reading about nasty characters with zero redeeming qualities can be a drag, and nothing much seemed to be happening (though the transformation of Scylla was cool). I mean I get having to break your protagonist down before you can build her up (to make it more empowering), but still, it was relentless in an ugly way.

However, once Circe is exiled to her island the book really picks up and then it’s just amazing from there on out. There are SO many great characters and scenes (one of my favorite scenes being set in the dark depths of the ocean floor), and I love how the book almost feels like vignettes of her life while still telling a full story.

Circe is a character you want to root for, and her transformation from meek and imprisoned to independent and empowered is so satisfying. Apart from Circe I think my favorite character is Daedalus. He genuinely seems like a good guy and his wit/intelligence is a welcome change from the hyper-masculine brute strength of many of the other characters. I also think the characterization of Odysseus is interesting, showing his darker side while still showing him empathy. In fact, all of the major characters are very dynamic and round.

At times the book is much more gory and horrifying than I expected (which is great), such as the gruesome birth of the Minotaur. The writing is gorgeous in its detail and imagery. All of my senses were fully engaged and the descriptive language really helped me imagine what was happening.

Despite my scruples with the first few chapters, overall I loved this book! I seriously didn’t want it to end. I love Greek mythology and it was so neat to see how the author re-imagined and reinvented many aspects of it. Previously, what little I knew of Circe had come from her brief appearance in The Odyssey, and it was cool to get a fleshed out understanding of things like why she turns men into pigs and why she is attracted to Odysseus (as well as other stories like the creation of Sylla and the Minotaur).

Oh, and I won’t spoil it for you but the ending is absolutely perfect!

The Urban Legend of Skinned Tom

Witch Novels that Taught Us Not to F#$k With Witches 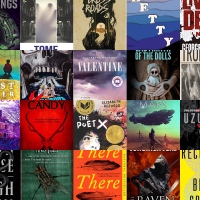 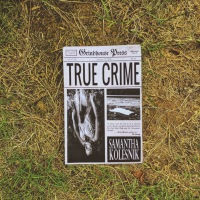 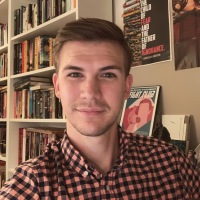