Yeeeehaww! Time for another #nightwormsbookparty hosted by the extraordinary @night_worms! This round we were privileged to read “The Night Silver River Run Red” written by Christine Morgan and published by @deathsheadpress. This is book 4 of their Splatter Western series, and yes they’re still killing it, yes I don’t want this series to end, and yes I need posters of all of @justintcoons covers.

SUMMARY: Some things, according to Cody McCall, are worth risking a whipping. Such as, sneaking out with your friends after dark for a peek at the traveling show setting up just outside of town. Oddities, the signs promise. Marvels. Grotesqueries. Exotic attractions and mysterious magics.Not as if they’d be allowed to attend otherwise, not with parents and preacher and schoolmarm all disapproving. But how often does a chance like this come along? There isn’t much else by way of excitement in quiet, peaceful Silver River, a once-prosperous boom town slowly gone bust. Worth risking a whipping, sure. Worth risking life and limb, and maybe more? Worth risking being ripped to pieces by ravenous, inhuman brutes? Worth crossing paths with those strange, silent cult-folk from the high valley? Worth all the fire and bloodshed and horror and death?Because something far worse than any ordinary traveling show has come to town, and one thing is for certain: those who survive, if any, will never forget the night Silver River run red.

I was beginning to think no one could top the brutal brilliance of Magpie Coffin, but there is a new contender in town! I may be becoming desensitized to gore as I read this series, but this book had me hand-to-mouth, fit-to-faint audibly gasping at its over the top insanity. This is my first time reading anything from this author (certainly won’t be the last), but I imagine this was written in a state of gleeful abandon. It’s FUN!

I was hooked from the moment the kids steal away in moonlight to spy on the traveling circus, where things go horribly wrong. Then they get better. Then they get worse again, in revolting and unimaginable ways. The story moves at breakneck speed, pausing only to wallow in scenes of vice and viscera. I truly couldn’t look away!

Though there were some moments I wanted to. Some icky scenes (including one with a baby and a bathtub, plus a character named Horsecock that I have conflicting feelings about). But I feel like this book best embodies the spirit of splatterpunk, more so than any of the others. And I love how the whole story unfolds over the course of just one night!

Do I wish there was more of the carnival crew? Of course! But I do like how the book acquaints us with a myriad of characters (the downside being not all are as fleshed out as I wanted them to be – I mean who really were those Truther kids anyway?).

Put up your boots and sit a spell. You’re definitely going to want to read this one. The pace is frenetic, frenzy-full of colorful characters and vignettes of violence. Silver River does indeed run red, and it bathes the reader in copious amounts of blood and a story they will never forget!

The History of Halloween 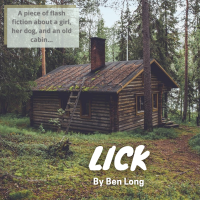 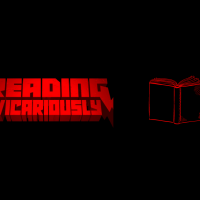