Book Review: Tender is the Flesh

I’m very conflicted on my feelings towards this one. Is it good? Yeah. Is it over-hyped? Yeah, a bit.

SUMMARY: His wife has left him, his father is sinking into dementia, and Marcos tries not to think too hard about how he makes a living. After all, it happened so quickly. First, it was reported that an infectious virus has made all animal meat poisonous to humans. Then governments initiated the “Transition.” Now, eating human meat—“special meat”—is legal. Marcos tries to stick to numbers, consignments, processing. Then one day he’s given a gift: a live specimen of the finest quality. Though he’s aware that any form of personal contact is forbidden on pain of death, little by little he starts to treat her like a human being. And soon, he becomes tortured by what has been lost—and what might still be saved.

I can understand why people are raving about it. The whole concept behind the story is super disturbing, and many of the scenes genuinely made my skin crawl with their graphic depictions of human slaughter. And the way Bazterrica writes these scenes, with cold, mechanical indifference, makes them even more unnerving. It’s a fine bit of social commentary that takes on a LOT of big topics. And I truly loved the story for the first half of the book. I was sick to my stomach, totally engaged, and locked in wondering just what was going to happen to narrator Marcos now that he’s taking care of a female “head”.

But then I found myself losing interest, and even outright frustrated in certain scenes, during the second half. It’s kind of hard to explain without spoiling things. I began to realize that by taking on so many topics the book doesn’t really give fair commentary on many of them. I began to realize that many scenes were dragging on, and that if you took away the whole “humans as meat” conceit it would be a fairly boring book. And I began to really dislike the main character. The few reasons we have to empathize with him in the first half are lost in the second, and he becomes someone to loathe. And that ending…I closed the book wondering what the heck I just read.

I get that this is dystopian fiction, and many of the aspects I disliked were possibly a result of playing to the genre. But the thing is I, as a rule, love dystopian literature so I’m not sure why this one didn’t really do it for me. Maybe I wasn’t in the right head space. Maybe I will love it a few months from now. Or maybe it’s just not as good as it’s made out to be.

The Legend of The Boggy Creek Monster

The Paranormal History of Skinwalker Ranch 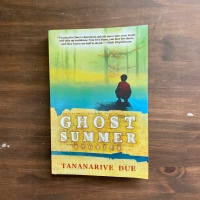 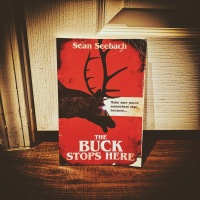